Truth and trust are becoming contentious topics for science and democracy. Conspiracy theories disrupt political elections, disinformation campaigns target scientific consensus around climate change and vaccines, and anti-elite populism overshadows public debates. In the midst of a pandemic, citizens find themselves asking quintessential philosophical questions: what truth is, whom we can trust, or how we should trust.

The PERITIA Public Lectures [Un]Truths: Trust in an Age of Disinformation delve into these phenomena to explore the concept of trust and truth in light of current events. Prominent philosophers and academics from Europe and the United States come together to present their latest research on trust in science, conspiracy theories, trustworthy science, truth and democracy, and trust and cognitive science.

Hosted by the UCD Centre for Ethics in Public Life and the American University of Armenia, the lectures are open to all upon registration via Zoom and moderated by science communicator Shane Bergin. The first part of this online series runs every second Tuesday, from April to June 2021. Participants are invited to join an interactive Q&A debate after each lecture. Reading materials are available for academic purposes on this page. Registration is free. 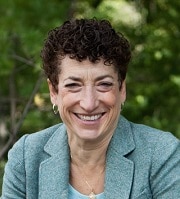 Naomi Oreskes is the Henry Charles Lea Professor of the History of Science and Affiliated Professor of Earth and Planetary Sciences at Harvard University. She is an internationally renowned geologist, science historian, and author of both scholarly and popular books and articles on the history of earth and environmental science.  Her authored or co-authored books include The Rejection of Continental Drift (1999), Plate Tectonics: An Insider’s History of the Modern Theory of the Earth (2001), Merchants of Doubt (2010), the Collapse of Western Civilization (2014), Discerning Experts (2019), Why Trust Science? (2019), and Science on a Mission: How Military Funding Shaped What We Do and Don’t Know about the Ocean (2021).

For many years, Oreskes has been a leading voice on the science and politics of anthropogenic climate change.  Her 2004 essay “The Scientific Consensus on Climate Change” (Science 306: 1686)–the first peer-reviewed paper to document the scientific consensus on this crucial issue–has  been cited more than 2500 times. It was featured in the landmark Royal Society publication, “A Guide to Facts and Fictions about Climate Change," and in the Academy-award winning film, An Inconvenient Truth.   Her 2010 book, Merchants of Doubt, (co-authored with Erik M. Conway) has been translated into nine languages and made into a documentary film produced by Participant Media and distributed by SONY Pictures Classics.

In 2018 she was named a Guggenheim Fellow for a new book project with Erik M. Conway, The Magic of the Marketplace: The True History of a False Idea, which will be published by Bloomsbury Press as soon as it is finished.

Do doctors really know what they are talking about when they tell us vaccines are safe? Should we take climate experts at their word when they warn us about the perils of global warming? Why should we trust science when our own politicians don't? In this landmark book, Naomi Oreskes offers a bold and compelling defense of science, revealing why the social character of scientific knowledge is its greatest strength―and the greatest reason we can trust it.

Tracing the history and philosophy of science from the late nineteenth century to today, Oreskes explains that, contrary to popular belief, there is no single scientific method. Rather, the trustworthiness of scientific claims derives from the social process by which they are rigorously vetted. This process is not perfect―nothing ever is when humans are involved―but she draws vital lessons from cases where scientists got it wrong. Oreskes shows how consensus is a crucial indicator of when a scientific matter has been settled, and when the knowledge produced is likely to be trustworthy. 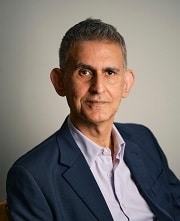 Quassim Cassam is a Professor in the Department of Philosophy at Warwick and the author of six books on a range of subjects, including self-knowledge, perception, intellectual vices and conspiracy theories. His current research is on intellectual vices, post-truth, extremism, the philosophy of terrorism, and the philosophy of general practice. He is writing a book called Extremism: A Philosophical Analysis. In the 2020/21 academic year he will be teaching an honours module on the Philosophy of Terrorism and Counterterrorism and a first year module on Knowledge, Ignorance and Bullshit. He is the Director of Research for the Department of Philosophy and a member of the Philosophy Sub-panel for the assessment phase of the 2021 Research Excellence Framework (REF2021).

What Are Conspiracy Theories? (IAI TV)

9/11 was an inside job. The Holocaust is a myth promoted to serve Jewish interests. The shootings at Sandy Hook Elementary School were a false flag operation. Climate change is a hoax perpetrated by the Chinese government.

There can be no clearer indication that something has gone wrong with our intellectual and political culture than the fact that conspiracy theories have become mainstream. When they are dangerous, we cannot afford to ignore them. At the same time, refuting them by rational argument is difficult because conspiracy theorists discount or reject evidence that disproves their theories. As conspiracy theories are so often smokescreens for political ends, we need to come up with political as well as intellectual responses if we are to have any hope of defeating them.

Lecture 3: The Democratic Value of Truth 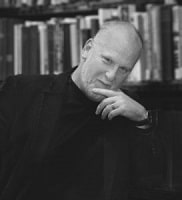 Michael Patrick Lynch is Board of Trustees Distinguished Professor of Philosophy at the University of Connecticut. He is the director of the Humanities Institute and director of the New England Humanities Consortium. His work concerns truth, democracy, public discourse and the ethics of technology.

Lynch's newest book is Know-it-All Society: Truth and Arrogance in Political Culture. His other books include, The Internet of Us: Knowing More and Understanding Less in the Age of Big Data,  In Praise of Reason: Why Rationality Matters for Democracy, Truth as One and Many and the New York Times Sunday Book Review Editor’s pick, True to Life.

The recipient of the Medal for Research Excellence from the University of Connecticut’s College of Liberal Arts and Sciences, he is the Principal Investigator for Humility & Conviction in Public Life, a $7 million project aimed at understanding and encouraging meaningful public discourse funded by the John Templeton Foundation and the University of Connecticut. A contributor to the New York Times “The Stone” weblog, Lynch’s work has been profiled in The New Yorker, The Washington Post and Wired (among others). He speaks regularly to both academic and non-academic audiences, and has appeared at such venues as TED, The Nantucket Project, Chautauqua, and South by Southwest.

Truth and politics, as Arendt noted, always seem to be at war with one another. But if so, truth has been on the losing side recently, particularly in democratic societies around the globe. Against this background, we’ll explore two questions: First, what does it mean for truth to be a particularly democratic value? And second, what are the greatest threats to that value? 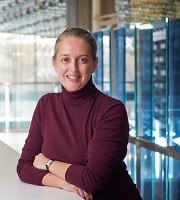 She is the author of Science, Policy, and the Value-Free Ideal (2009) as well as numerous articles on values in science, the moral responsibilities of scientists, and the role of science in democratic societies.  She edits the book series Science, Values, and the Public for University of Pittsburgh Press.  Her work has been supported by the U.S. National Science Foundation and the Social Sciences and Humanities Research Council of Canada.

In 2016, she was named a AAAS fellow.  She is also a fellow of the Institute for Science, Society, and Policy at the University of Ottawa.  In 2020, she was the lead organizer for the Public Engagement with Science: Defining and Measuring Success conference.  In 2021, she will be the Senior Visiting Fellow at the Center for Philosophy of Science at the University of Pittsburgh.

The Role of Scientific Expertise in Democracy, Heather Douglas 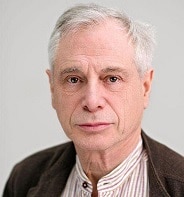 Dan Sperber is a French social and cognitive scientist. He is the author of Rethinking Symbolism (Cambridge UP 1975), On Anthropological Knowledge (Cambridge UP 1985), Explaining Culture (Blackwell 1996). In these three books, he has developed a naturalistic approach to culture under the name of “epidemiology of representations". Dan Sperber is also the co-author, with Deirdre Wilson (Department of Linguistics, University College, London) of Relevance: Communication and Cognition (Blackwell 1986 – Second Revised Edition, 1995). Dan Sperber and Deirdre Wilson have developed a cognitive approach to communication known as “Relevance Theory". Both the epidemiology of representations and relevance theory have been influential and also controversial. 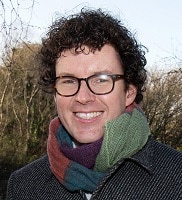 Dr Shane Bergin is a physicist and an assistant professor in science education at NUID UCD’s School of Education. Shane and his research group are interested in teaching and learning in physics (and STEM more broadly). Shane’s research considers these informal settings like lecture-halls or labs and also in more informal settings like a metro train. This research has been supported by grants from Science Foundation Ireland (SFI), Marie Curie Actions, and the Irish Research Council. In 2018, Shane produced and presented ‘101 The Ways We Learn’ – a 10-part podcast that explores the science of human learning. To inform these podcasts, Shane followed 10 people learning new things (like swimming, coding, and baking). Shane built on these, calling upon experts from a variety of academic disciplines. In 2016, Shane presented ‘Bright Sparks’ – an 8-part radio series on Ireland’s national radio station. Bright Sparks asked what happens when you empower clever people to follow their passions. Since 2015, Shane has run Quavers to Quadratics – a programme that sees primary school children play with ideas common to science and music.