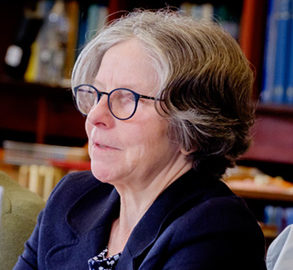 Prof. Owens is a Fellow of the British Academy. She has researched and published widely in the field of environmental governance, focusing on policy processes in modern democracies and in particular on the role of knowledge, evidence, ideas and expertise in policy formation and change. She has previously worked on interpretations of sustainable development in theory and practice, and has theorised connections between environmental planning conflicts (especially those concerned with contentious technologies and infrastructures) and developments in wider domains of public policy. She held the King Carl XVI Gustaf Professorship of Environmental Science in 2008-9 (Stockholm Resilience Centre and Royal Institute of Technology [KTH]) and an Honorary Professorship at the University of Copenhagen, 2008-13. She was appointed OBE in 1998 and elected a Fellow of the British Academy in 2011. She holds Honorary Doctorates from KTH, Stockholm (2012) and the University of East Anglia (2015).