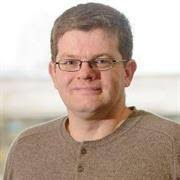 Prof Liam Delaney (UCD) is Professor of Economics at NUID UCD and Visiting Professor of Economics at Stirling University. A former Fulbright and Marie Sklodowska Curie Fellow, he was Deputy Director of the UCD Geary Institute from 2008 to 2011, and Deputy Dean of Stirling Management School from 2011 to 2016. He has worked at the intersection of economics and psychology for his career and has published widely in both economics and psychology journals, including Economic Journal, Journal of European Economics Association, Health Psychology, Psychological Science, and Journal of Applied Psychology. He is particularly interested in the measurement foundations of behavioural welfare economics and has built several interdisciplinary projects examining how to measure real-world economic preferences. He is currently developing a major new centre for behavioural science and public policy at UCD Geary Institute.