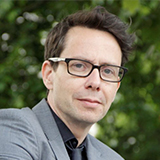 Prof Bobby Duffy, Director of The Policy Institute at King’s College London, leads the work package on ensuring the integrity of survey design and analytical approach. Duffy has spent much of his career studying levels and drivers of individual and institutional trust, including as Managing Director of the Ipsos MORI Social Research Institute and Global Director of the Ipsos Social Research Institute., This has included a major re-analysis of existing data on trust while seconded to the Prime Minister’s Strategy Unit, and a report on trust in government information, using experimental framing approaches, and which fed into the decision to give independence to the Office for National Statistics. He has also recently published a book on the Perils of Perception: Why We’re Wrong About Nearly Everything, which explores the causes of our misperceptions of social realities, across up to 40 countries globally. Duffy has extensive experience of conducting surveys and analytics/modelling, amassed across twenty-four years of working in and running research teams at Ipsos MORI. This includes overseeing major international studies on behalf of organisations including Eurofound, OSCE and Pew Research Center. He oversaw qualitative research for Trust in Media and Populism, Pew Research Center in 2018.The final report In Western Europe, Public Attitudes Towards News Media More Divided by Populist Views than Left-Right Ideology was published in 2018.