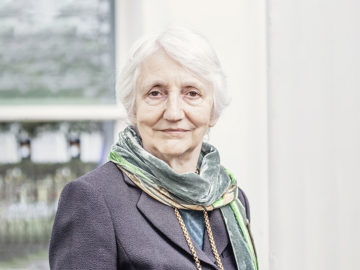 Prof. O’Neill lectures and writes on justice and ethics, accountability and trust, justice and borders, as well as on the future of universities, the quality of legislation and the ethics of communication. She is a former President of the British Academy (2005–2009) and chaired the Nuffield Foundation (1998–2010). Prof. O’Neill combines writing on political philosophy and ethics with a range of public activities. In 2003, she was the founding President of the British Philosophical Association (BPA). In 2013 she held the Spinoza Chair of Philosophy at the University of Amsterdam. Until October 2006, she was the Principal of Newnham College, Cambridge, and she was chair in the Equality and Human Rights Commission until Apr 2016. She chaired the UK’s Equality and Human Rights Commission from 2012-16 and served on of the Medical Research Council and the Banking Standards Board until 2018. O’Neill’s work has earned her numerous honors and awards, including Holberg Prize and the million-dollar Berggruen Prize for Philosophy and Culture in 2017.