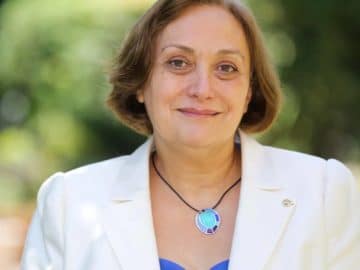 Prof Maria Baghramian, MRIA (UCD) is Professor of American Philosophy in the School of Philosophy at University College Dublin and the co-director of the Post Graduate Programme in Cognitive Science at UCD, which she co-founded in 2000. She has also held visiting posts in Harvard, MIT, University of Yerevan, Institut Jean Nicod, École normale supérieure, Paris and various universities in China. Baghramian is a member of the Royal Irish Academy and was a member of the Council (2015-2019). Other research awards include a Fulbright senior scholarship in 2013. She, with Prof Luke Drury, is the Principal Investigator ‘When Experts Disagree’ (WEXD), an interdisciplinary research project funded by the Irish Research Council. She is also an active participant of the working groups dealing with science and policy with ALLEA and SAPEA. Baghramian was the founder and chairperson of the Society for Women in Philosophy, Ireland (SWIP–I) and is a member of both the Programme Committee and the Gender Committee of the International Federation of Philosophical Societies (FISP). She has authored and edited 9 books, most recently From Trust to Trustworthiness (Routledge, 2018) and Relativism: New Problems of Philosophy (Routledge, 2019) with Analisa Coliva.

Find out more or adjust your settings.