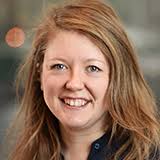 Dr Kirstie Hewlett is a Research Associate at the Policy Institute, King’s College London. She will primarily lead the design, translation and cognitive testing of the survey in WP8. She works across a wide range of social policy areas, with interests in inequalities, social division and equality of opportunity, and the role of values, emotion and identity in policy making and trustworthy governance. Alongside her role in the PERITIA project, she is a Co-Investigator for the ESRC-funded World Values Survey in Great Britain, which explores values polarisation in Britain and its implications for policymaking, and is a contributor to the Deaton Review of inequalities in the twenty-first century. She has published on a broad range of topics including polarisation in the UK, attitudes to inequalities and immigration, research impact and freedom of expression, and has led evaluations of cultural programmes that aim to address equality of opportunity among disadvantaged or under-represented populations.