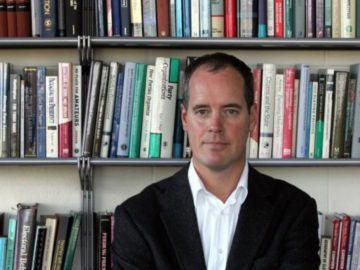 Prof. Farrell is a member of the Royal Irish Academy. His current positions include: member of the Welsh Assembly’s Expert Panel on Electoral Reform; Chair of the Forum on Parliamentary Discipline established by the Ceann Comhairle (Speaker) of Dáil Éireann; and member of the international advisory boards of the Electoral Integrity project and Making Electoral Democracy Work project. He is a former President of the Political Studies Association of Ireland, and former Speaker of the Council of the European Consortium for Political Research. Prof. Farrell is a founding co-editor of the journal Party Politics. Prior to his move to Dublin in 2009, he was Professor and Head of Social Sciences at the University of Manchester. He is a specialist in the study of parties, elections, electoral systems and members of parliament. His current research focuses on the role of deliberation in constitutional reform processes. He is the ‘research leader’ of the Irish Citizens’ Assembly (funded by the Irish Research Council).