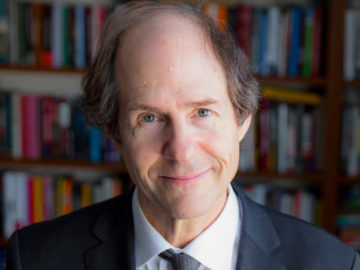 From 2009 to 2012, Sunstein was Administrator of the White House Office of Information and Regulatory Affairs. He is the founder and director of the Program on Behavioral Economics and Public Policy at Harvard Law School. For 27 years, Sunstein taught at the University of Chicago Law School. He is Honorary Doctor at Copenhagen Business School. Sunstein has testified before congressional committees on many subjects, and he has been involved in constitution-making and law reform activities in a number of nations. Sunstein is author of many articles and books, including Republic.com (2001), Worst-Case Scenarios (2001), Risk and Reason (2002), Why Societies Need Dissent (2003), The Second Bill of Rights (2004), Laws of Fear: Beyond the Precautionary Principle (2005), Nudge: Improving Decisions about Health, Wealth, and Happiness (with Richard H. Thaler, 2008), Simpler: The Future of Government (2013) and most recently Why Nudge? (2014) and Conspiracy Theories and Other Dangerous Ideas (2014). He is now working on group decision-making and various projects on the idea of liberty.

Find out more or adjust your settings.