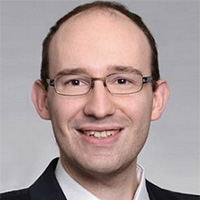 Alexandre Bredimas is Strane Innovation’s Manager, specialised in the sectors of energy and transport. He has experience in the management European projects (FP7 EUROPAIRS, FP7 FAIRFUELS) involving 12 to 25 partners with a budget of 2 to 5M€, and a WPL in many more. He has been involved in the initiation of more than 50 European project proposals. Alexandre has founded startup factory Strane in 2013 which has grown by 2,000% since its creation. Strane has successfully created its 2 first startups in October 2017 (Esensial and Plant Angels oriented on industrial innovations for sensors and big data) and manages the European subsidiary of US Startup USNC which has raised several 10s of M$. Alexandre is a lecturer for final-year Master students at French engineering school Ecole Centrale de Lyon on energy policy, smart cities, external costs, cost-benefit analyses and system dynamics. Before creating Strane, Alexandre has been working at German energy utility EON in Strategy and EU Policy, in French vendor Areva as Cost estimator responsible for engineering, in French consultancy LGI on EU project management. He has participated in the Management Committee of EU think tank Confrontations Europe, focusing on energy policy as well as in the international network of cities on water NetwercH20.